The science behind ADB

PathogenFocus' Air Disinfection Biosecurity technology units are highly effective against viruses (including SARS-CoV-2, the virus that causes COVID-19), bacteria, mold, spores, and all common pathogens. This technology is proven safe and effective. But how does it work?

These ADB systems utilize no consumables. They work by converting humidity (H2O vapor to H2O2) via a Modulated Dielectric Barrier Discharge System. Dynamic control modules are programmed for accurate environmental readings every 60 to 75 seconds. The controller's interface determines to engage or disengage the modulated barrier discharge intermittently for consistent sanitation. 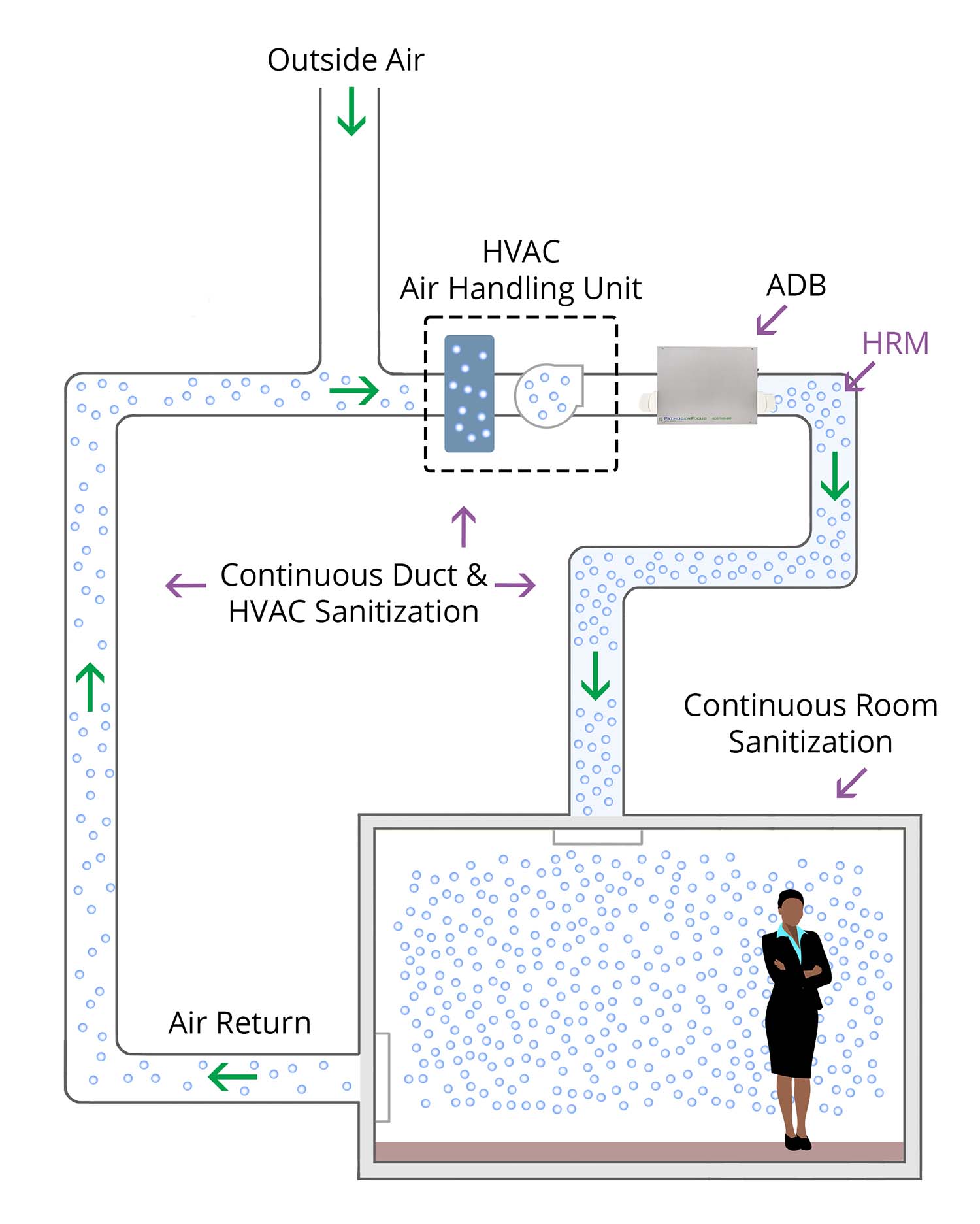 H2O2's role vs. pathogens, including SARS-CoV-2

The best pathogen elimination systems on the market utilize H2O2. The EPA has recognized hydrogen peroxide molecules as an effective infection control and microbial treatment technology.

In addition to inactivating viruses and killing bacteria, H2O2 will neutralize preexisting mold and fungus.

The best pathogen elimination system on the market utilize H2O2. The EPA has recognized hydrogen peroxide molecules as an effective infection control and microbial treatment technology.

In addition to inactivating viruses and killing bacteria, H2O2 will neutralize preexisting mold and fungus.

It's interesting to note that within our own body's immune system, when a microbe is recognized by phagocytes and engulfed, a natural immune response process called respiratory burst is initiated. Much of this process within our own body's immune response centers around this very reaction of superoxide and water to create H2O2, as well as the reaction of singlet oxygen which, as mentioned earlier, will oxidize many of a microbe's cellular components. In a way, we are essentially taking this part of our body's natural immune response to pathogens and bringing it out into our building spaces. Once the reaction is complete, we are left with water vapor and non-reactive O2. 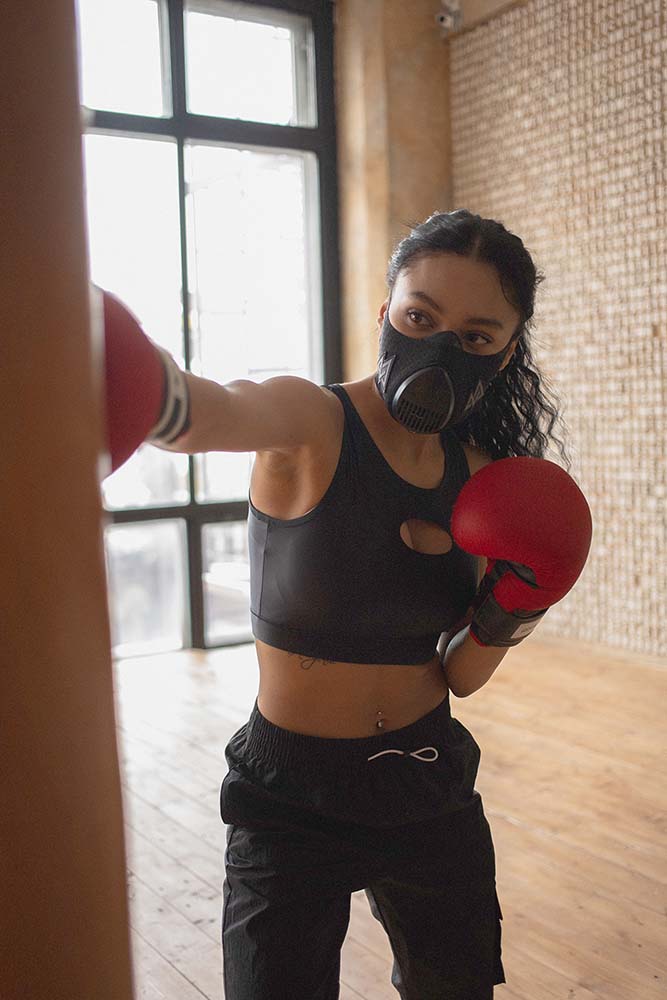 Advantages over other potential solutions

ADB technology provides many advantages over other pathogen eradicating solutions. Utilizing ultraviolet light at 254 nanometers (UVC) is proven effective against pathogens, but relies on line of sight, so it isn't a perfect solution for hard-to-reach areas. Also, UVC can be hazardous to the skin and eyes of humans. So when UVC is utilized, it must be in either unoccupied spaces, or in indirect applications such as enclosed air boxes or upper air irradiation units.

Bipolar ionization units are also being advertised as a pathogen eradicating option. However, the efficacy of these products is in question. And there is a possibility these units create hazardous by-products.

Learn more about the safety of ADB

When comparing the various methods of pathogen eradication, another very important factor to consider is speed. Speed is critical. If an infected person enters a space and releases SARS-CoV-2 into the air, the speed in which the system inactivates the virus is of the utmost importance. ADB technology works tremendously faster than other methods in the market. The transmission of viruses such as SARS-CoV-2 is vastly diminished by the fact that airborne viruses are inactivated so quickly by ADB. Airborne SARS-CoV-2 is reduced by 90 percent in 16 seconds, and by 99.9 percent in 30 seconds using ADB.

Learn more about the speed of ADB 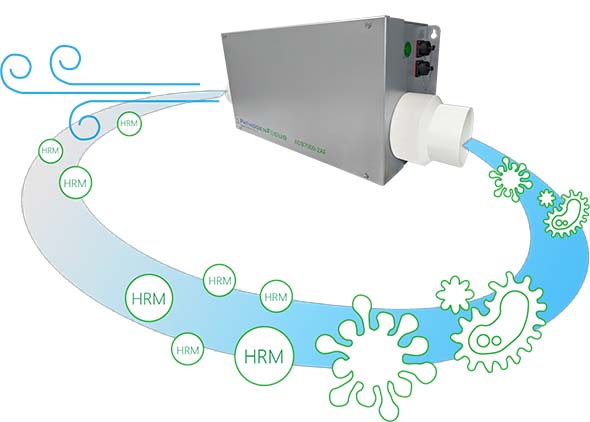